27 October - 24 November 2019
In 1968, the British experimental artist Bruce Lacey began work on a large-scale installation he called Humanoid, also referred to as the Journey Through the Human Body. Known for his alchemical performances and bricolage robot constructions, Humanoid would bring both elements together into a complex architectural anatomy. Lacey proposed that one would be able to enter the sculpture through its mouth and slide down the esophagus into the stomach compartment. Here would be elements of a meal: things like beans, apples, and for some reason, a shoe. Winding through the digestive tract, one would finally exit through “the back passage.” Lacey wondered whether participants might find this last part objectionable, but unfortunately no one ever had the pleasure of finding out, as the Humanoid was never completed in its entirety.

The Humanoid exists in sketches, proposals, newspaper clippings, and photographs of partial architectural fragments. In one version of the project, a large-scale head sculpted to look like Lacey’s included an entryway into his mind complete with projections of ‘memories’ and ‘fantasies’. Before Present proposes to revisit the Humanoid as an ode to this unrealized artwork through the materials that it left behind reproduced in books and as facsimiles. With these materials, the exhibition also includes a selection of “Human Behavior” video works and performances recorded by Lacey between 1950s and 1970s, projected as ‘memories’ into a prototype Humanoid head.

By looking at this project through its proposals stages we can also see it as part of a larger conversation between Lacey, his patron Joan Littlewood, and the architect Cedric Price. A British theater director, Littlewood commissioned Lacey’s Humanoid through her Fun Palace Trust as a test pilot for the Fun Palace project. Littlewood’s Fun Palace would grow from Lacey’s carnivalesque anatomical experiment into an extensive architectural campaign for a center for communal play designed by Price. The exhibition traces this exquisite corpse of unlikely figures through the history of unfinished projects it has produced, ruminating on this brief historical moment in which the Humanoid and the Fun Palace offered speculative and ultimately ephemeral proposals for new ways of thinking and being in the human body. 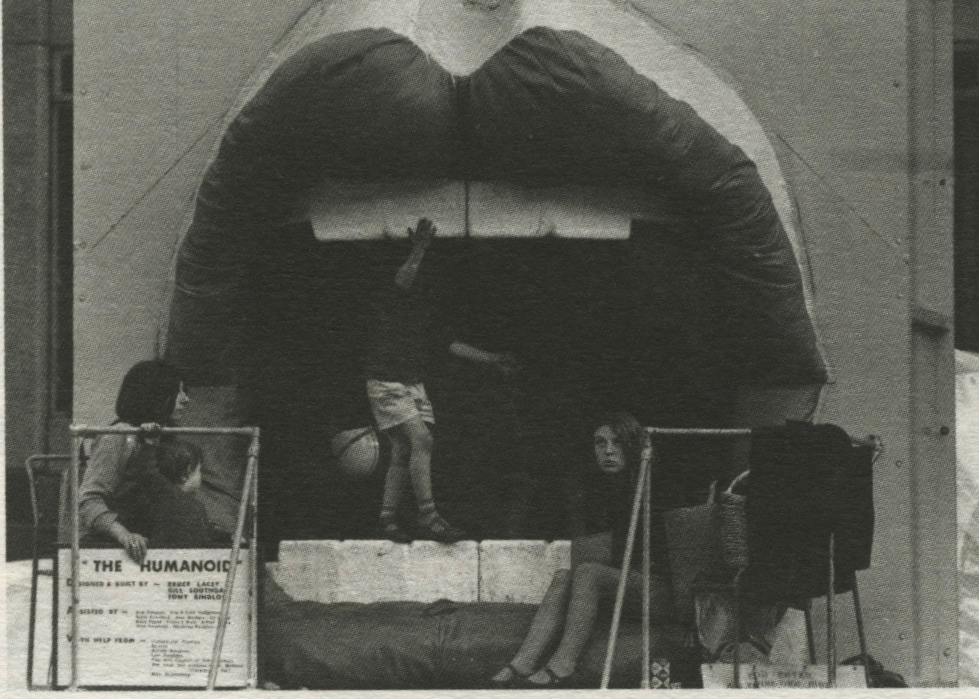