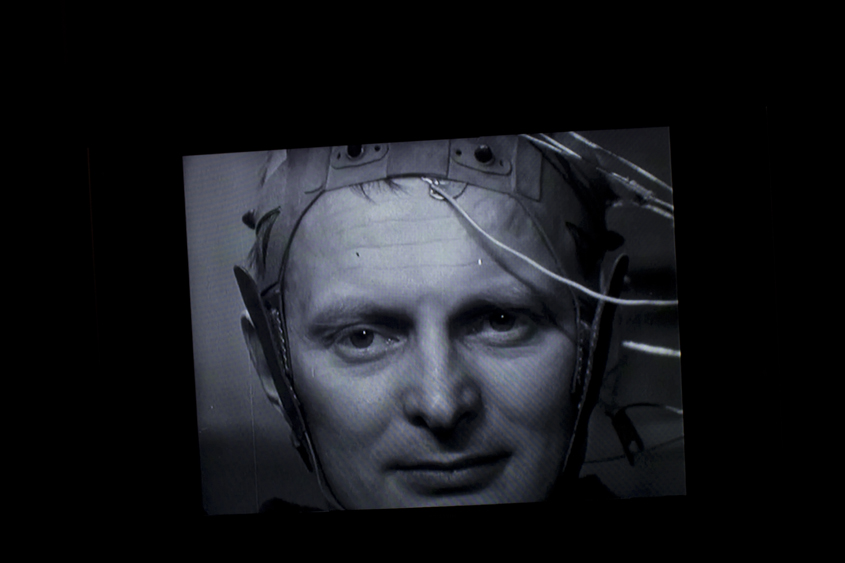 The ‘Year Inside a Spaceship on Earth’ experiment was restaged by the Institute of Biomedical Problems as Mars 500 in 2007 and in 2011. These updated simulations included international crews of six spanning 520 days and details such as a twenty minute delay in communication with mission control as would occur between the Earth and a spaceship traveling to Mars. This journey also included Martian exploration, in which the crew had a chance to leave their cabin after landing on Mars to explore the surface of the red planet in a warehouse in Moscow.

Rich in iron, red hematite most closely resembles the chemical composition of the Martian surface. 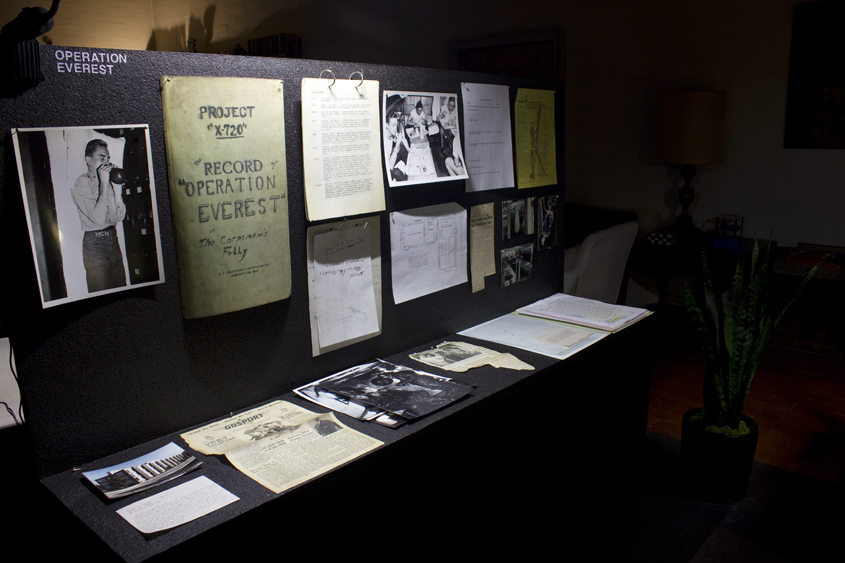 Operation Everest I and II were two US Army sponsored experiments that simulated a climb to the peak of the Himalayas directed by Dr. Charles Houston. Operation I was conducted in Florida in 1946 and Operation II was re-staged in Massachusetts in 1985. The two ascents were played out over six week periods, with a crew of four and later nine volunteers gradually ‘climbing’ to a simulated altitude of 29,000 feet without extra oxygen. This was achieved by lowering the barometric pressure over time and asking the test subjects to carry out basic tasks, as well as engage in strenuous exercise. The use of an isolated compression chamber allowed Dr. Houston and the other scientists to observe the test subjects and their experience of increasing hypoxia while remaining at sea level on the other side of the wall. 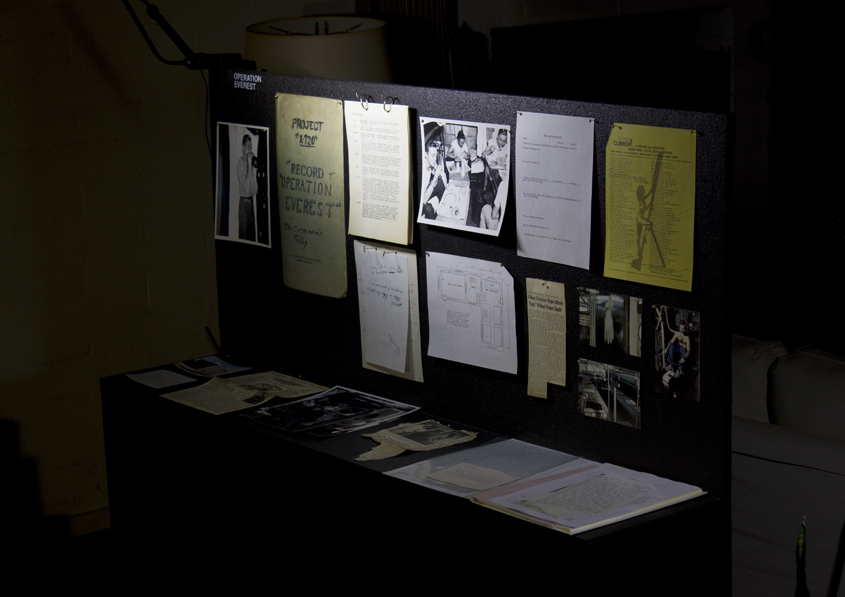 Thomas Ramsey file includes paperwork pertaining to the application of a volunteer for the Operation Everest II experiment. It highlights the recruitment process for the experiment (including the desired physical and psychological profile) and Ramsey’s ultimate decision not to participate in the project. 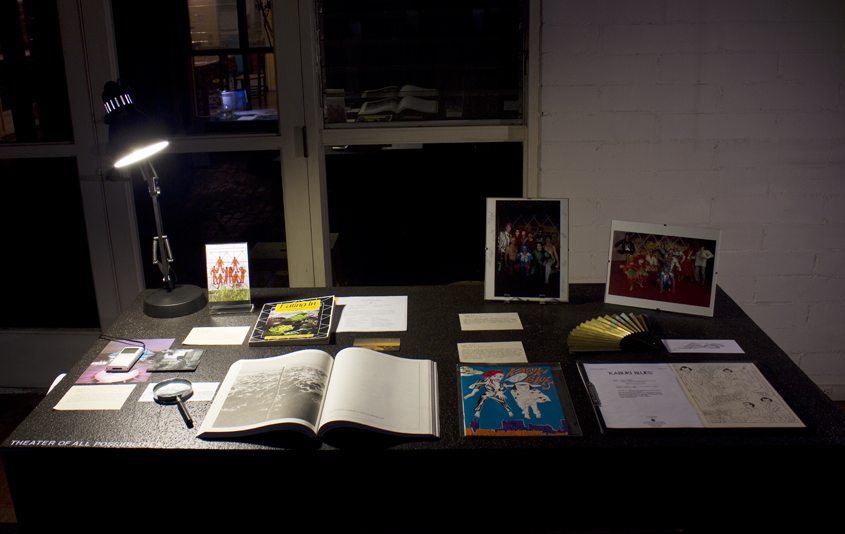 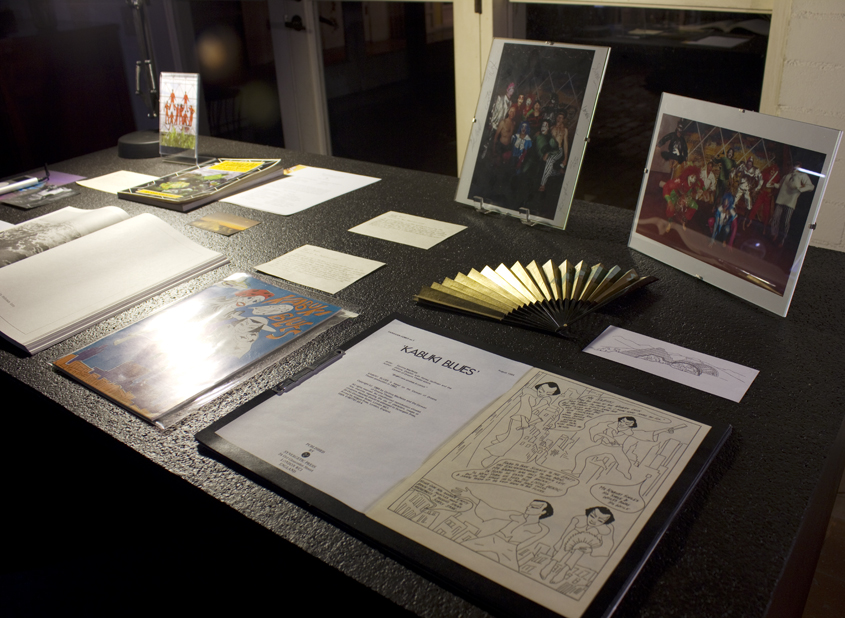 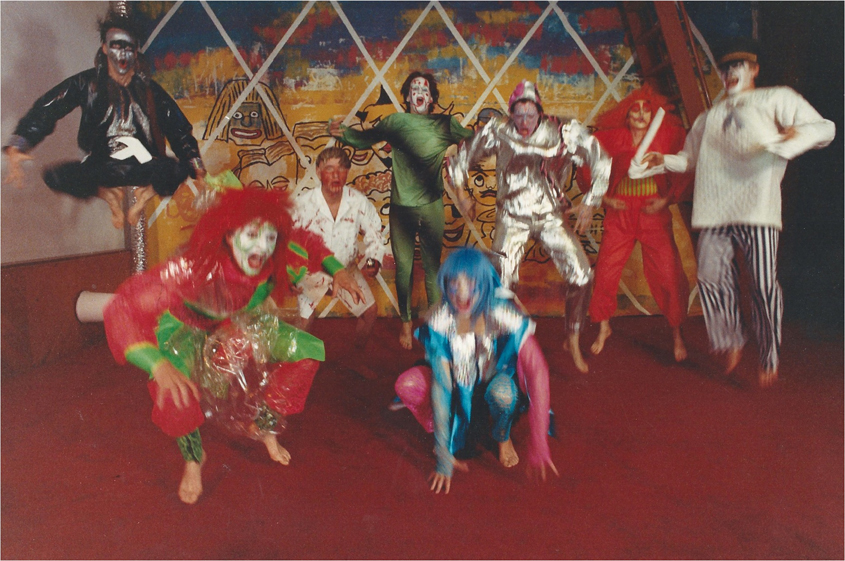 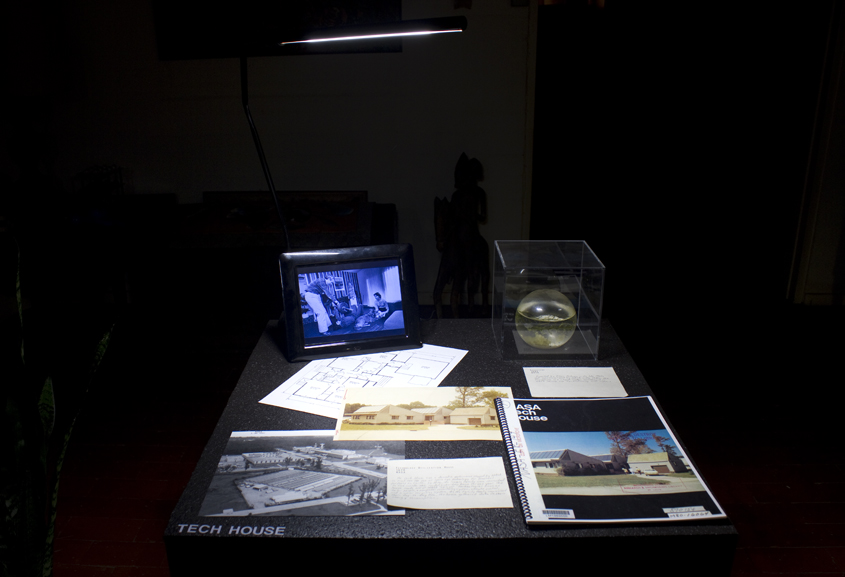 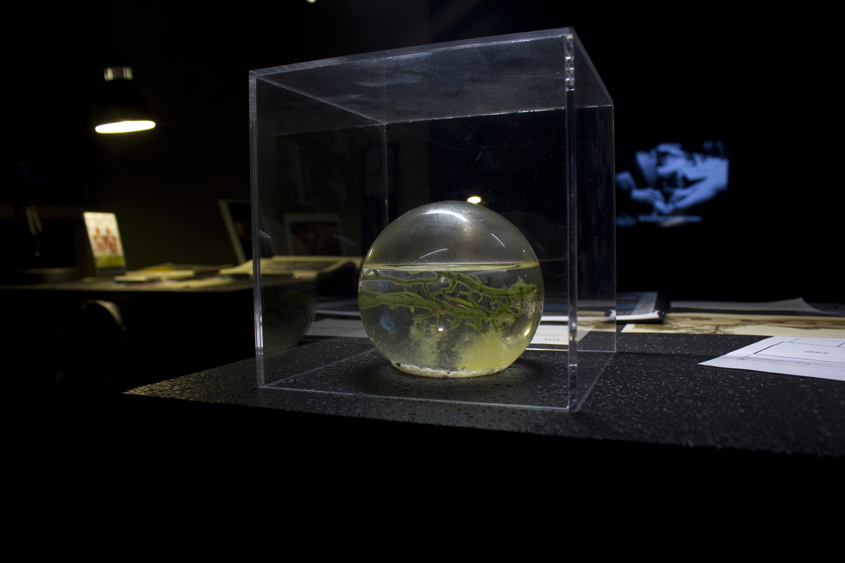 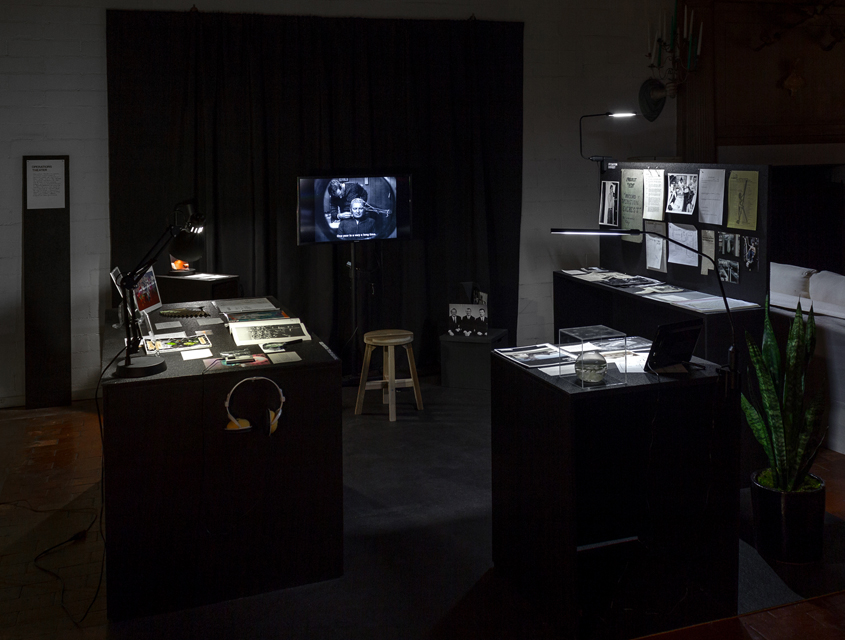 Operations Theater is an exhibition of archival material related to experiments, models, and simulation of future realities. Some of these experiments are concerned with domestic life, others with the limits of human experience.

Although primarily structured by the norms of 'research & development' and spaces of the laboratory or the clinic, these projects can just as productively be understood through the stage and through a framework of 'rehearsal' - testing, iterating, and refining future social conditions, settlements, ecological and technological futures.
A Year Inside a Spaceship on Earth
Institute of Biomedical Problems
1975

This newly subtitled version of an official Soviet state film includes rare footage from a closed-system experiment involving three cosmonauts on a simulated journey to Mars. Over the course of a year, we see the crew living together, exercising, growing their own food, and working with their observers to monitor their own physiological condition. The documentary is dramatized for propaganda purposes, drawing on symbolism of the family, the state, and cosmist philosophy. At the end of the experiment, the crew emerges out of the chamber and takes a bow, accepting bouquets of flowers as the scientists and their assistants applaud.

Courtesy of the Institute of Biomedical Problems, Moscow.
Translated by Julia Tcharfas. 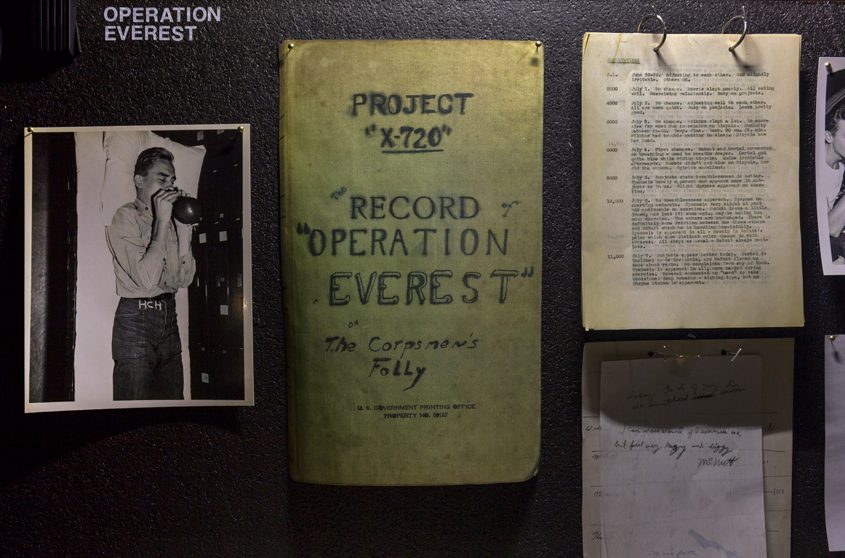 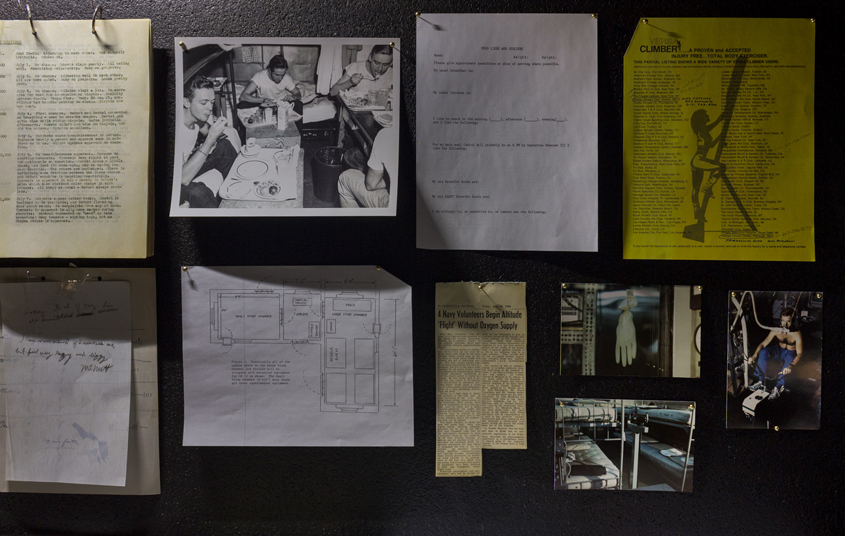 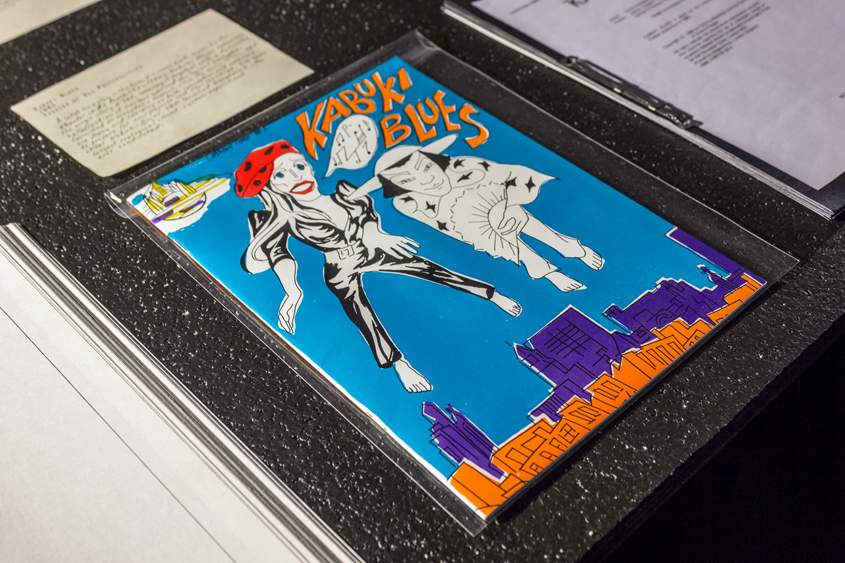 Biosphere 2 was created as a laboratory of complex life systems to understand and revolutionize the science of ecology. The experiment housed a crew of eight: four men and four women in an airtight glass and steel structure modeled on the living systems of planet Earth. Often referred to as a predecessor to reality TV, the crew of Mission 1 lived and worked inside the enclosure for two years, playing out the dramas and predicaments that might occur on a space settlement. Theater was used to study decision making, historic scenarios, and future occurrences, as well as to prepare the crew psychologically.

Eating In: From Field to the Kitchen in Biosphere 2
Sally Silverstone
1993

Cookbook chronicling the diet and recipes from the Biosphere 2 closed system experiment.
Wrong Stuff
Theater of All Possibilities
1980s

A satirical play developed by the Theater of All Possibilities as a means of preparing the Biosphere 2 crew psychologically for the two year long isolation experiment. Coincidentally, the play, which was based on the seven deadly sins, accurately predicted some of the biggest challenges the crew would face in the Biosphere 2 enclosure.

Courtesy of Kathelin Gray, Director, Theater of All Possibilities.

Kabuki Blues
Theater of All Possibilities
1984

A script for a play in the form of a comic book made by the Theater of All Possibilities (TAP). Kabuki Blues rehearses the origin story of the group and their achievements, weaving this together a futuristic hallucination of endless nuclear war and ecological collapse. Committed to ecosystems research since the early 1970s, TAP use drama and role-play as both speculation and catharsis, as a way to prepare themselves for new projects and new realities. Six years after the publication of Kabuki Blues, TAP played an integral role in the launch of Biosphere 2, the largest ecological closed-system experiment ever conducted.

Courtesy of Kathelin Gray, Director, Theater of All Possibilities.

Theater of All Possibilities installation view. 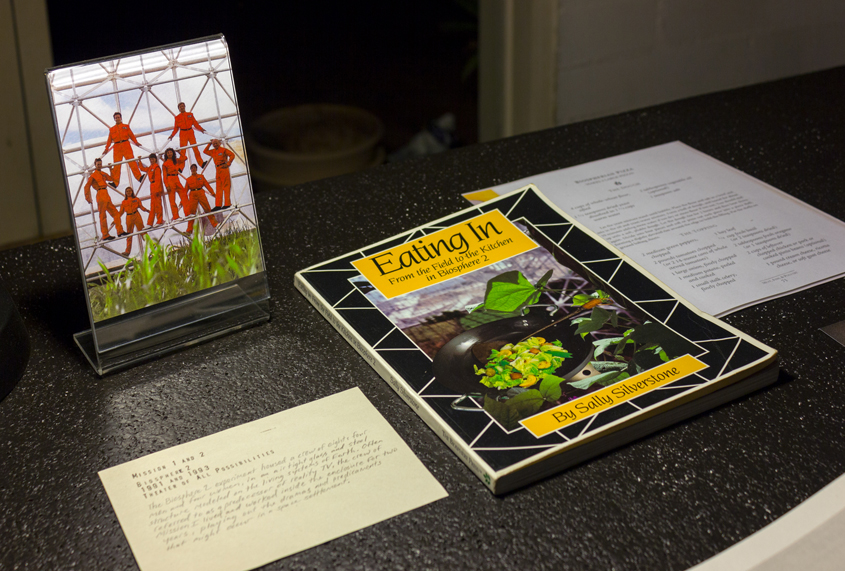 A poem by John Allen, founder of Theater of All Possibilities and the creator of Biosphere 2, about his experience inside a test module for Biosphere 2. Vertebrate X, as he refers to himself, is the first person to ever experience a fully regenerative closed system. His first enclosure lasted three days.

Recorded during an interview with John Allen and Julia Tcharfas. 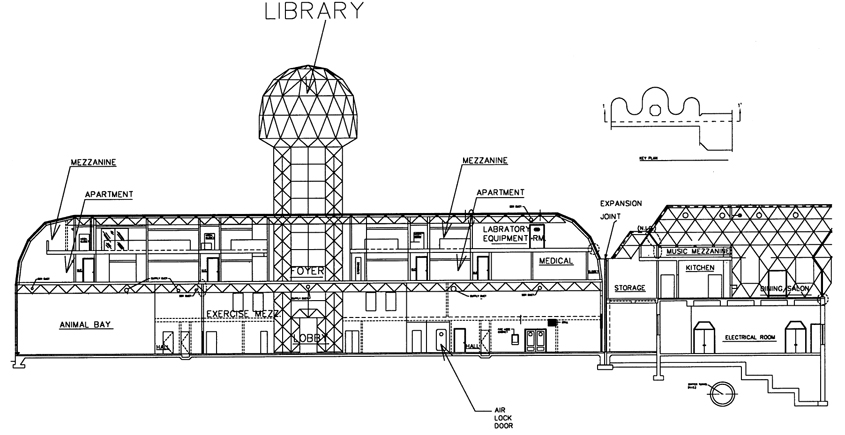 Cross section of Human Habitat, Biosphere 2. The closed system was developed through collaboration with hundreds of scientists, institutions, and laboratories, including the Institute of Biomedical Problems in Moscow.

The Tech House was a kind of domestic performance staged by NASA in order to trial run the use of space age technology for practical purposes on Earth. The Swain family, including a mother, father, and their two teenage children were recruited to live inside the model suburban home for one year, starting in 1976. The house made use of prototype technologies such as solar panels, a computer monitoring system, climate control, and a water recycling filtration system, each of which was a spin-off from NASA’s rocket program. As the family freely improvised their day-to-day life, the house gathered data on their energy consumption.

Selection of images from the Technology Utilization House, NASA, 1976.

Invented by Clair Folsome in the late 1960s and commercialized by NASA in the 1980s, the Ecosphere is a closed-system environment in which shrimp live symbiotically with algae, simulating the conditions of life on planet Earth.