At the end of the 20th century, over 300 billion dollars were spent around the world in the effort to fix what was called the Y2K Bug. Due to a simple programming convention in which dates were recorded as two digits instead of four, it was feared that operating systems and digital clocks in the devices that control everything from banking software to missile control systems to personal PCs could revert back to 1900, causing them to crash.

The idea that such a simple and arcane programming convention could tip the scales of the global order inspired both popular amusement and a surplus of fringe conspiracy theories. Equal parts anxiety and ennui, some built underground bunkers and stocked up on ammunition, while others joked about the ineptitude of the ascendant dot com elites.

Looking back, the Y2K bug appears to have been perhaps the first but certainly not the last technological miscalculation to throw into stark relief the basic functioning of local and regional infrastructural systems, the global financial order, and the millenarian imagination of an increasingly techno-dependent world.

TEOTWAWKI (The End Of The World As We Know It) revisits Y2K as an almost forgotten moment within the strata of artefacts from the digital age. Assembled from online auctions, personal collections, and archival research, the exhibition looks back at the material remains of an averted crisis and its popular culture.

Teotwawki is the inaugural exhibition for Before Present and included collections materials from Julia Tcharfas, Chadwick Rantanen, Asha Schechter, and Sarah Signorovitch. 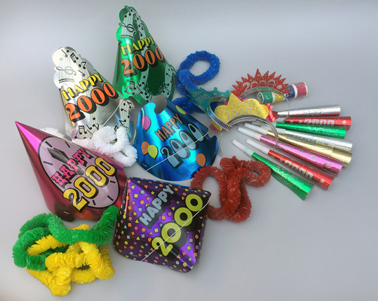